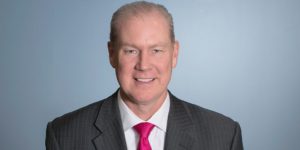 His company has begun selling the assets purchased with the $80 million raised for its Citymark Capital U.S. Apartment Fund I L.P.Thus far, Citymark has realized $138.8 million in proceeds after exiting 50% of its investments in the fund with the sale of multifamily communities in Las Vegas, Atlanta and Phoenix.

“We’re pleased that we’ve been able to create a portfolio of highly liquid assets that are very desirable to best-in-class institutional buyers,” Walsh says. “Citymark is very selective about the assets we acquire, focusing on U.S. markets where population and job growth are fueling strong demand for apartments for the foreseeable future.”

With the dispositions, Citymark and its operating partner, Houston-based InterCapital Group, exceeded pro forma on all three communities in advance of its projected hold period, according to Walsh.  The sales included the 274-unit West Town Court in Phoenix, a two-property portfolio comprising the 368-unit Vintage Pointe in Las Vegas, and the 240-unit Sweetwater Creek in Atlanta. Citymark acquired the Las Vegas and Phoenix properties in 2017 and the Atlanta property in 2018.

Walsh’s company invests in apartments ranging from 100 to 400 units per property.

“What’s nice about it is a lot of the investors for our first fund are Ohio-based investors, many institutional and high-net-worth investors,” Walsh says. “We’ve distributed 60 percent of the capital back to the investors already. We’re about a year ahead of schedule in terms of the performance.”

One of the keys to Citymark’s success is its focused model, Walsh says.

“I think we’re one of the only fund manager in the country that is national and just does value-add apartments with operating partners, meaning we’re not buying the assets directly,” Walsh says. “We instead provide the JV equity capital to operating partners, many of whom I’ve known for 20 years. So what that has done is it’s created this amazing amount of deal flow that’s come to our platform, about $10 billion over the last few years.”

The segment in which Citymark is working is considered an alternative asset class in the real estate space, Walsh says. The company, founded in 2015, is now deploying capital from its second fund.

“We’ve actually closed three deals in fund II in Dallas, Houston and Las Vegas,” Walsh says. “It’s really staying very focused with the same strategy. Many of our fund I investors have re-upped for fund II. We continue to raise capital and the deal flow remains incredibly strong, which enables us to still be incredibly selective with which investments we want to make.”

Citymark can create well-diversified portfolios across the nation because it doesn’t have an office in Los Angeles, Chicago or Seattle where it would feel obligated to do deals in order to sustain itself.

When Citymark buys an asset, it’s typically 90%-plus occupied, creating an environment where there is plenty of cash flow that can then be distributed to investors.

“And then once we do the upgrades of the units —we’ll replace counters and cabinet spaces, take out carpeting and put in flooring, upgrade the amenities — the tenants living there are excited about seeing a reinvestment in their homes,” Walsh says. “So as a result, we maintain strong stability from a cash flow perspective, but then are also able to get the rental increases that create value for our investors. Then we sell to a new institutional investor as we approach the end of the renovation process if we’ve seen overall income growth, which so far we’ve seen on all of our assets.”

As Walsh looks at Citymark’s investments and potential threats to the company’s continued success, he says he always has an eye on interest rates and expects them to increase at some point.

“So we build that into our underwriting and those are risks that you have to focus on,” he says. “But I think for the most part, it’s such a basic need, shelter, that it’s well insulated. If there is a recessionary environment, fewer people buy homes and instead will continue to rent. So we would stay full in cash flowing and still see the ability to distribute nice cash returns to our investors during that period of time.”

The high cost of construction for both materials and labor also benefits Walsh.

“When we buy our investments, we’re buying, as they say, below replacement cost,” Walsh says. “So if we’re paying $100,000 per unit, it might cost $200,000 per unit to replicate that. It doesn’t appear there’s any kind of force out there or variable that will cause those costs to drop. So again, there’s good insulation there where if you did have a spike in supply, which is something all real estate investors are focused on, that supply is going to have to come in at a much higher cost which is going to require much higher rents than where we’re at.”